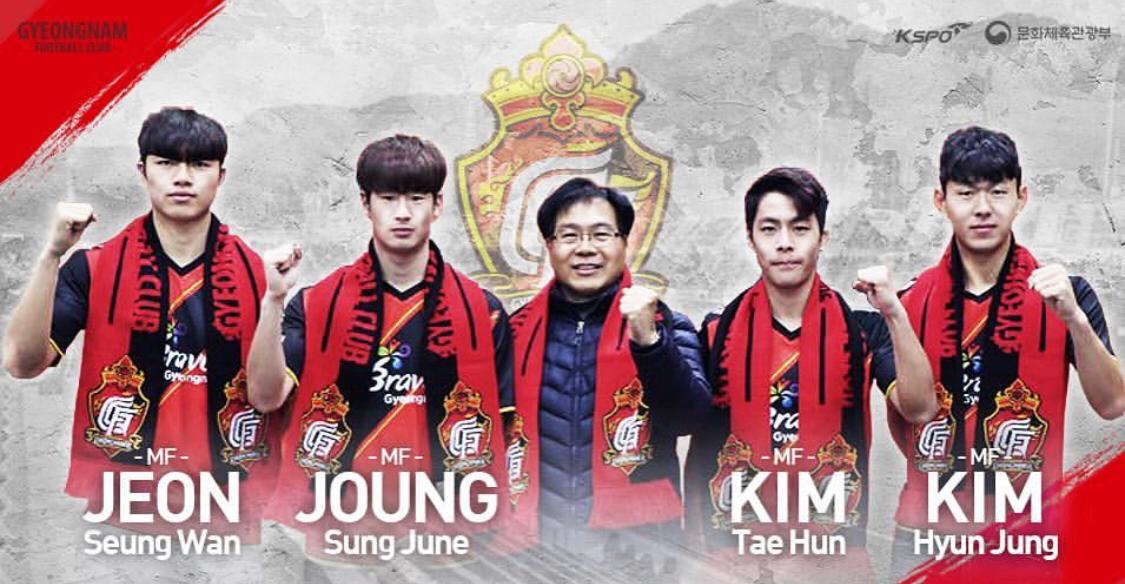 The player is one of the new hires for the 2017 K League Champion, Gyeongnam FC starting its second year at the top tier in the South Korean football.

Tae Hun was enrolled for two years in Spanish Pro Football Academy with our professional player development program. Doing the program Kim had the opportunity to start his semi-professional career in minor leagues and upgrading his athletic and football level up to the Spanish standards.

Last year in Spain, Kim was enrolled for Ecija Balompie in the segunda b division, the third tier for the Spanish football and the welcome door to the professional career.

Over his stay in the Spanish Pro Football Academy, he was enrolled into the Professional Football Program, with morning sessions with the other SPF Academy players and afternoon training session with his junior age team, Huracan Valencia, where he played against junior teams like Valencia CF, Levante UD, Villarreal CF, and similar.

Tae Hun is a hard dedicated player focus in his career and taking care of every aspect of his life to achieve the best conditions for a professional football team. Technically Tae Hun is an offensive player can play like a winger in both sides and both sides forward.

The last hiring by Gyeongnam FC for Tae Hun Kim confirms the system of SPF Academy forming professionals players like David Taylor, backing to their home country to the professional leagues being professional players.

If you are interested in how to be enrolled in the professional player development program don’t hesitate to reach us at info@spanishprofootball.com and we will bring you a bespoke proposal.