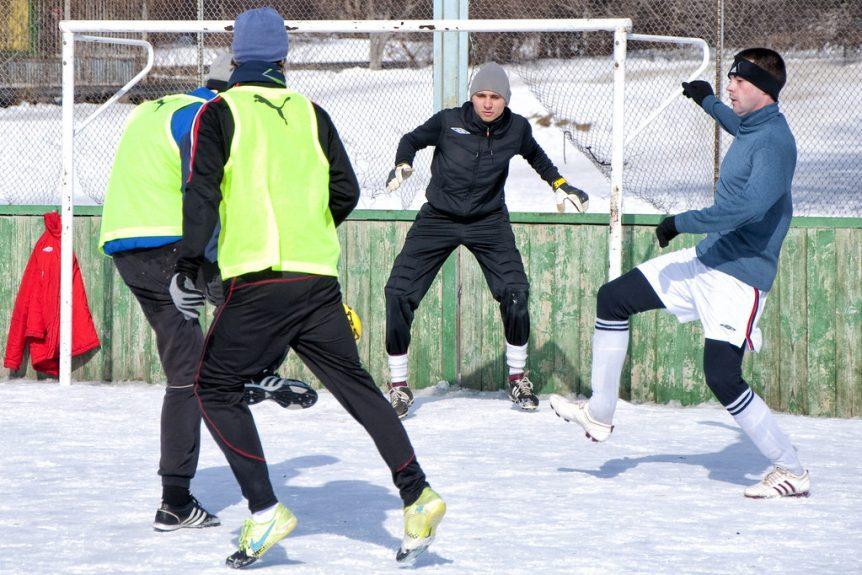 Russia and Spain are completely different countries. Russia is a large multinational country in Eastern Europe that spreads for thousands of kilometres. Spain is a Kingdom in the south of Europe, which is famous for its climate and cheerful people.

But these two countries have a thing in common – love for football. Yes, it is football that brings Russia and Spain closer together and it is a national sport both in Russia and in Spain. In addition, football is part of the culture in these countries and a large part of the everyday life of the people. But the internal structure and characteristics of this sport differ both between countries and between different football clubs within the same country.
Undoubtedly, the football history of these countries will impress everyone.

While mentioning Spanish football, episodes of victories of the Red Fury at the 2010 World Cup and at the 2012 European Championship, of games and the great Tiki-Taka, for which Spanish football is so famous, immediately come up to the mind. Andres Iniesta, Iker Casillas, Xavi Hernandez, Carles Puyol, David Villa, Sergio Ramos – these names are well-known outside of Spain since these players of the national team created the history of football
at the beginning of the 21st century.

The Spanish Football League La Liga is one of the strongest and most advanced leagues in the world. In the 21st century, Spanish clubs have won the UEFA Champions League 9 times and also won the UEFA Europa League 9 times, proving the triumph of Spanish clubs in European competitions. In addition, Spain is the first according to UEFA association club coefficients, with “Real Madrid”, “Atletico Madrid” and “Barcelona” football clubs in the top three according to UEFA club coefficients. Also, La Liga is the second most popular league after the English Premier League.

Russian football left an indelible impression after the 2018 FIFA World Cup when the Russian national team showed good results at the home championship. Soviet and Russian football players were making history in the 20th and 21st centuries. To this day, Lev Yashin is the only goalkeeper who received the Ballon d’Or award, and also the World Cup award given to the best goalkeeper is named in his honour.

Andrew Arshavin is remembered by all English fans for his 4 goals for FC “Arsenal” against FC “Liverpool” in 2009. Valery Karpin and Alexander Mostovoy showed their skills in the Spanish Championship, and Igor Akinfeev can undoubtedly be considered one of the best goalkeepers in Russia. Tinkoff Russian Premier League is not as popular as Spanish La Liga, but Tinkoff Russian Premier League has its charm and it will always be the best for Russian fans. Also, Russian clubs are actively participating in European tournaments showing good results. Russia is in the seventh-place according to UEFA association club coefficients, while FC “Zenit” is the first Russian club according to UEFA club coefficients.

Spain is famous for its pleasant climatic conditions that guarantee all-year-round training and competition and keep football players active throughout the championship. For example, the 18/19 football season in Spain lasted 38 rounds from mid-August 2018 to May-June 2019 only with a break for Christmas. Russia is very different from Spain in terms of climatic criteria since not all regions of Russia have a suitable climate for games and for fans at the stadiums. That is why the 18/19 football season in Russia was consist of 30 rounds and lasted from the end of July 2018 to June 2019 with a long break from December 9th to March. During this break, clubs had trainings and friendly matches, but the overall competitive pace was undoubtedly declining. That is why climatic conditions play an important role in professional sport.

Indicators of the country’s sports success

The upbringing and education of football players, traditions, the specifics of the training process and the results in Russia and Spain are the main indicators of the country’s sports success. After all, it is a sport that plays an essential role in “soft power” through which it is possible to show the greatness of the country.

For example, the 2010 FIFA World Cup in South Africa showed success not only of the Spanish national football team but of the entire country. And the 2018 World Cup can be considered brilliant, firstly, due to the fact that the 2018 World Cup is the best in terms of organization, which showed Russia as a country ready to host this kind of sports Megaevents and, secondly, in terms of the fact that the Russian national team showed the best results, which returned the confidence of many Russian football fans. Moreover, the 2018 World Cup proved France’s success and strength as the first football country in the world.

After all, trainings and competitions play the most important role in the professional development of every football player.