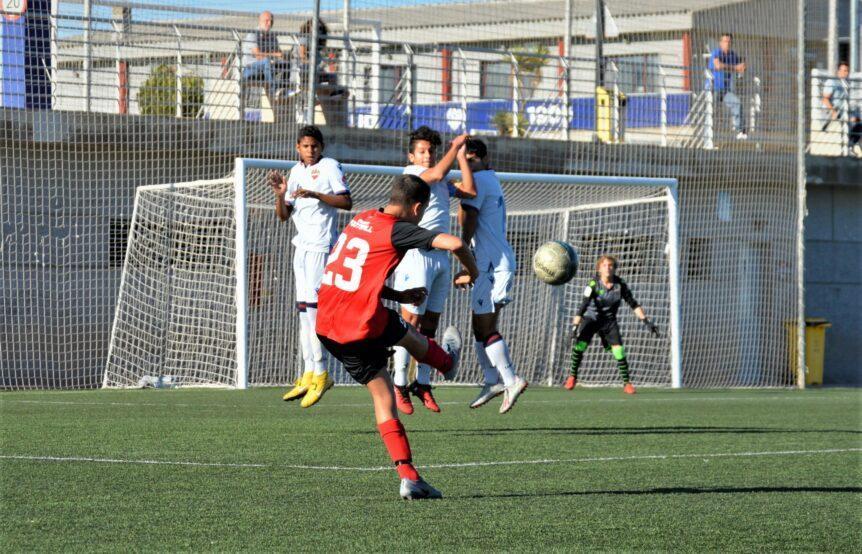 Last November 23th our Israeli player Ori Cohen made his debut with his local team, CF San Jose in the 13th round of the Autonomous League against Kelme CF.

As you know, we have different associated Spanish Clubs (categories and various divisions) to provide players with real opportunities according to their level and age and ensure their individual progression. Because we are the only academy that offers a total inclusion of its players in Spanish football.

In the case of Ori, as in the case of the rest of the SPF players, the assignation of the local team is based on an initial test. Players perform “tryouts” in different Spanish teams, adapted to their level and age.

The Spanish categories are:

Our Israeli left winger started the match as a starter and played a total of 75 minutes out of the 80 game totals. His debut with CF San Jose was a success, which was reflected in the goal scored by Ori, the only one of the whole match by his team. Ori’s goal came in the 20th minute of the first half and was 1-0. With 12 minutes left in the match, the rival team, Kelme CF, tied the match with 1-1.

From SPF we want to congratulate Ori for his debut in the Spanish competition and wish him many victories and triumphs in his football career!