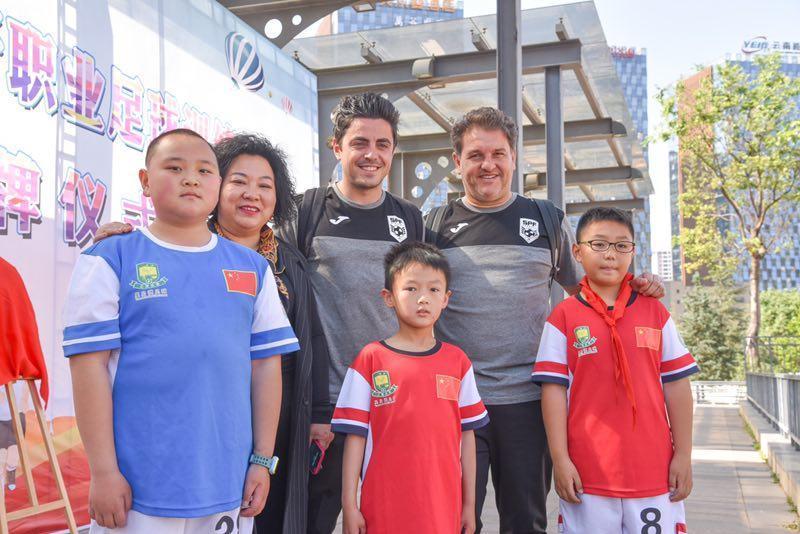 Last week a delegation of SPF academy visited Kunming in the Chinese province of Yunnan where the academy will develop a new football development program in partnership with the Ministry of Education of Yunnan Province.

The program will include football practices and educational content, bringing to the Chinese participants the opportunity to receive a first quality lessons from Spanish coaches, FIFA certificated.

The Chinese president, Xi Jinping, a football fan, has previously stated his desire to have his country someday host and win a World Cup, and the government last year released a plan calling for China to become an elite football nation by 2050.

The Ministry of Education in February 2017 announced a plan to raise the number of “schools characterized by soccer” to 20,000 by the end of the year and 50,000 by 2025. The Chinese Football Association (CFA) also called for opening 10,000 soccer kindergartens by 2020.
After the soccer reform, the CFA founded 12 professional committees, including a committee about youth systems, in which Luneng and other clubs have been providing suggestions for policy adjustments to help the CFA be more pragmatic.

With this agreement Spanish Pro Football Academy will implement in partnership the Chinese Ministry of Education of Yunnan Province a bridge between Spain and China, bringing an add value to the SPF Program in China, where the most relevant players will have the possibility to travel to the SPF Academy facilities in Spain having training program, preseason stages and friendly matches against Spanish teams.

If do you want to know more about our football development programs, don’t hesitate to send us an email to info@spanishproacademy.com . We will be more than happy to attend you.