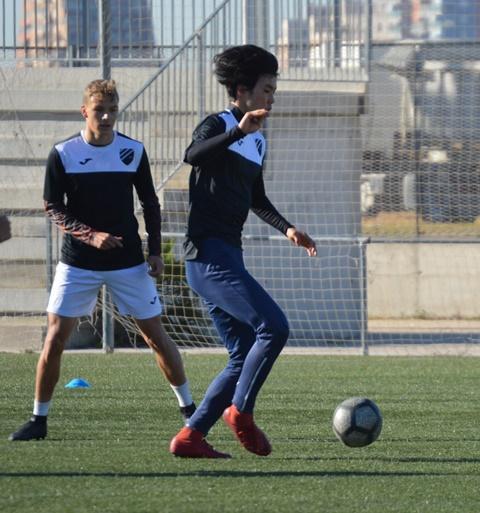 Spanish Pro Football Academy welcomes its second Japanese player; Ren Nagamatsu. Original from the Aomori Prefecture, Ren had a long relationship with soccer being part of the Aomori Yamada Soccer Academy, one of the most successful football academies in Japan.

Enrolled in Aomori Yamada squad;  Ren has been playing in the top tier for the Junior age until he turned eighteen years old when he was promoted to the Nagoya Sangyou University FC team where he was playing from 2016 to 2019.

It was there where Ren Nagamatsu showed his incredible skills as left and right winger with very powerful athletics skills.

Ren arrived at the Spanish Pro Football Academy past February 8th enrolling in our Spanish team tryout program. This program is bespoke for each player preparing a list of trials in Spanish teams depending on the player´s skills, age, level and goals, the season moment and the needs and goals for the Spanish football teams.

With this entire scenario, the Spanish Pro Football Academy elaborates a list of trials to be executed by the player to finally achieve a contract proposal from the team.

These proposals are usually amateur or semi-professional proposal bringing the opportunities to the players to start their path to the professional football career competing in academies leagues where the Spanish La Liga teams search players for their academy teams.

Our second Japanese football player is starting his first Spanish football team tryouts for some preferente teams, in the 5th tier at Spanish football and the previous stage to reach the semiprofessional level. His goal is to complement his football career with his last year degree in Marketing

In his first friendly match in Spain with the Spanish Pro Football Academy Squad, he had a very good performance scoring one goal. We are pretty sure he finally will achieve his goals in Spanish football.

If you are interested in how to be enrolled in our Spanish Football team trial program don’t hesitate to reach us at info@spanishprofootball.com and we will bring you a bespoke proposal