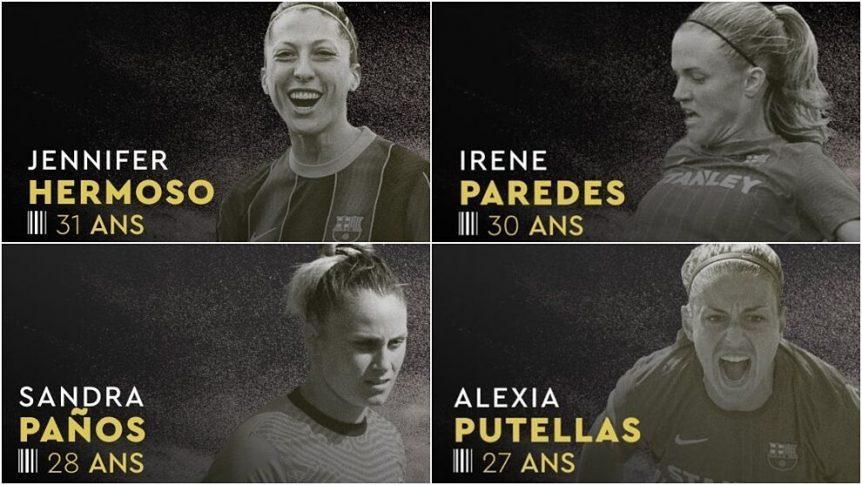 After the award was cancelled last year due to the Covid-19 pandemic, the race for the Ballon d’Or Feminin is back on in 2021! This year, the Ballon d’Or have a Spanish flavour..

It is only the third time that it will be handed out to the best female player in the world over the last 12 months. Moreover, its implementation has been an important step in the history of women’s soccer.

Women’s football has developed very fast in recent years, particularly in Spain. As a result, the Ballon d’Or has a Spanish flavour this year.

The full 20-strong list of nominees has been revealed on 8 October, together with the list of the 30 men nominated.

A list in which Spain is the most represented country, with 4 national players: Alexia Putellas, Sandra Paños, Irene Paredes and Jenni Hermoso.

France and Canada, with 3 players each, follow Spain in the list, which once again demonstrates the unstoppable rise of Spanish football.

Alexia Putellas is one of the favourites for the Ballon d’Or. Indeed, the Barça and Spain captain honoured as UEFA Women’s Player of the Year scored 31 goals, and delivered 21 assists, as a midfielder! In addition, she won almost everything with her club.

Concerning the clubs, Barça also dominates with 5 players nominated! It seems totally deserved when you look at the season of FC Barcelona: Primera Iberdrola, Copa de la Reina and Women’s Champions League (becoming the first-ever Spanish side to win it)

The Ballon d’Or 2021 awards will be held at the Chatelet Theatre in Paris on November 29.

Who’s your favourite to succeed Ada Hegerberg and Megan Rapinoe?