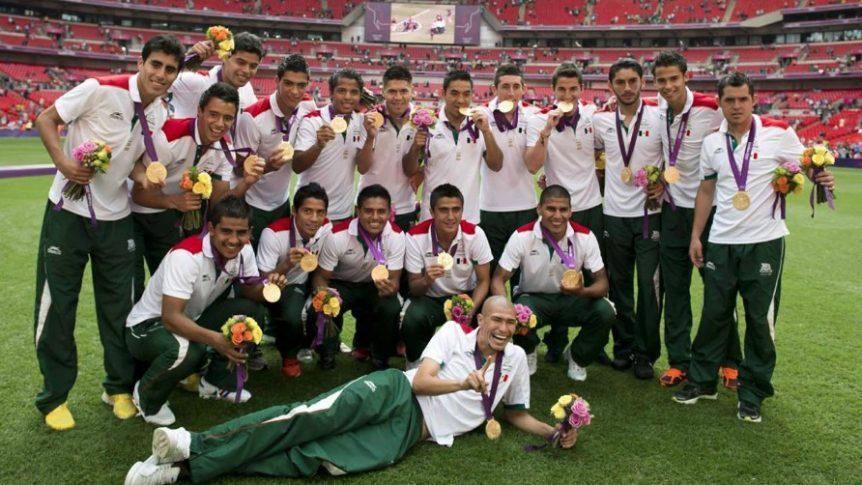 A few months before the Tokyo Olympics begin, it is impossible not to remember the moment when the Mexican soccer team played the Olympics at the 2012 London Olympics.

August 11 will always be remembered by all the Mexican fans as the day when the national team gold plated and played Olympic glory, to the hang the medal gold of the 2012 Summer Olympics after winning the final one of the most successful and historic teams in the world football: Brazil.

Luis Fernando Tena made it true.

That Tri sub 23 arrived with few expectations. A dignified role was expected, but as the matches progressed, the illusion of the national team and the country grew. The dreams of the team led by Luis Fernando Tena ended up coming true.

Moreover, the Mexican team began with doubts when they tied 0-0 with Korea in the first match. The second match was against Gabon commanded Aubeyang, the tri was awarded a 1-0 victory. The last group stage meeting was against Switzerland where the tri won again by the minimum and passed in first place in the group.

In the quarterfinals, they faced Senegal where they took a 2-0 lead but the Senegalese team managed to draw at 2-2 and manage to send the match into overtime. The Mexican team managed to overcome thanks to the great physical and mental state to take the victory 4-2 and advance to the semifinals in search of a final.

In the semifinals against Japan at minute 12, the Japanese went ahead with a goal from Yuki Otsu from outside the area. Despite this, despair did not seize the national team and at minute 30, Marco Fabián tied the match leaving 1-1 at halftime. For the second half, Oribe Peralta put Tri up on the scoreboard with a mid-range shot, putting the ball in the upper left corner of the Japanese goal. In minute 93 ‘, Javier Cortés put the cherry on the cake with the final 3-1 that sealed the pass for the grand final of the Olympic tournament.

Make all Mexicans soccer dream in won the Olympic gold, neither more nor less than in the mythical Wembley stadium against the legendary Brazil team.

On the day of the final, the one that put the beautiful game from beginning to end was the tricolour, despite the figures that the Brazilian team had such as Neymar, Marcelo, Thiago among other figures worldwide. In the first seconds, the great illusion of Mexico began by scoring 1-0 with a goal from the dressing room. In the 75th minute, Mexico’s second goal fell to practically win the gold. At the end of the game, the gold scratch discounted to get closer to the scoreboard and put tension in the last minutes that were eternal for the Mexicans and very fast for the Brazilians.

In the end, the tri managed to hold out to win the Olympic gold and sing the national anthem in a soccer cathedral, a historic milestone for Mexican soccer.

Finally, on August 11, 2012, Mexico and Brazil met at Wembley Stadium, a historic and unbeatable setting to fill themselves with Olympic glory against the five-time world champion. Just 28 seconds into the game, Oribe, the team leader, put Tri ahead. A bucket of cold water fell on the ‘Scratch Du Oro’ commanded by Thiago Silva, Hulk and Neymar, who was still with Santos from Brazil, but it already sounded for Barcelona at that time.

Mexico controlled the game. He was giving a true football lecture on the Wembley pitch and at minute 75, the ‘Brush’ finished with his head to make it 2-0 and become the hero of the final. Hulk discounted at 91 ‘and Oscar still had a very clear chance at 92’, but in the end, Mexico took the gold medal. Nine years after that feat, you still get goosebumps when you see the goals or listen to the national anthem with the 23 players wearing their medals and only to measure the achievement of that August 11, 2012.

That is why today the Mexican soccer fans will demand a good role (achieve a medal) in Tokyo 2020 or rather in “Tokyo 2021”. Where in the beginning it will not be easy since the first match is against France, current the world champion, and two other difficult opponents such as South Africa and the host Japan. Those commanded by coach Lozano know that they have a great team to achieve their goal.