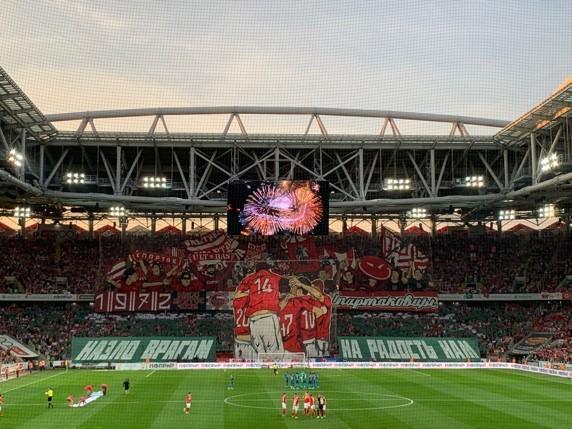 Are Spartak And Valencia CF Two Similar Teams? Football matches cannot be played normally without them – without football fans (let’s not take into account the time after the Covid-19 pandemic, when all football matches are held behind closed doors or with minimal attendance). But there is no doubt that football fans are an important part of the football spectacle because they create the outer atmosphere of the match and drive the team forward.

All of these fan activities are combined into specific fan traditions and fan culture, which can vary from country to country and from club to club. Football fans are not just people who come to the stadium to watch football, they are a large group of people who are united by one factor, in this case, a football club, and fully identify themselves with the team. Not in vain that football fans are often called the twelfth player.

Football in modern times is one of the most popular sports from both professional athletes and fans, for whom football is more than just a sport. Identification with a football club is an important part of the lives of football fans, and it goes far beyond simple support of the club in the stadium. Identification means complete emotional connection with the club and empathy in moments of defeat and joy. In addition, the main difference between fan’s lifestyle and people who are not fond of football is that fan builds his life according to the football calendar – most plans and decisions are made upon taking into account the club’s game calendar.

Today we are going to talk about the fans of the Russian football club “Spartak (Moscow)” and the Spanish football club “Valencia”. Are Spartak And Valencia CF Two Similar Teams?

A BIT OF FOOTBALL HISTORY

“Valencia CF” was founded in 1919 and in 2019 FC Valencia celebrated its centenary. It is noteworthy that the stadium of the club “Mestalla” is the oldest football stadium in the first division of the Spanish LaLiga. “Valencia” 6 times became the Champion of Primera and 3 times became the winner of the Europa League[1]. “Valencia” Football Club is an important part of Valencia and all of its inhabitants. White, black and orange are the official colours of the club, and the Valencians don’t associate bats with animals, because the “Bats” is their team. In the season 20/21, Javier Gracia Carlos became the club’s new head coach.

Are FC Spartak and Valencia CF fans similar? Speaking of fans in general, it is worth noting that there are different kinds of fans. They can be categorized in different ways: according to the level of interest or the reasons for supporting a particular football club. There are a lot of fans who support one club from generation to generation, who support the club from their city, or who first became interested in football, and then was fascinated by the game of a particular club or vice versa. More important is that they support a certain club, and this club connects many people around the world.

Imagine a situation: you accidentally see a person at the street who, in some way (for example, through a piece of clothing), shows that he/she supports the same football club as you. What will you think at this moment? I think that you will immediately realize that this is your person and you have a lot in common, even if you see him/her for the first time.

Fans of FC “Spartak” and FC “Valencia” can really be considered as passionate fans of their club. The fans of these clubs have their own rules, for example, for FC “Spartak” fans it is necessary to know the chants of the club, if possible, wear red colours and have elements with the club’s emblem so to show their belonging to a certain football club.

Football fans create the atmosphere in the stadium by showing their support for the club. Just look at what performances the fans of FC “Spartak” and FC “Valencia” have created. In addition, according to the investigation about best fans made by Spanish Sport newspaper “Marca”, the fans of “Valencia CF” are in 21st place out of 40[5].

It is common for football fans to form fan groups or associations. For example, FC “Spartak (Moscow)” has the main fan association named “Fratria”. This group supports not only the “Spartak” football club but also other sports where “Spartak” team is presented. “Fratria” produces various types of merchandising with the club’s logo, organizes visits to the club’s guest matches, arranges performances and the atmosphere in the stadium during the match. In addition, this association of fans is the organizer of the “Red-White Heart” charitable foundation that helps children, veteran athletes and disabled fans. A charity project was also created to protect animals in circuses[6].

Also I would like to pay special attention to two fan stories of the football club “Valencia”:

Vicente Navarro Aparicio has been a fan of “Valencia CF” all his life and has always attended matches and occupied the same place at the stadium. At 54 he lost his sight but continued to go to matches with his son. At “Mestalla” stadium on the 15th row at the place 164, a monument to Vicente Navarro Aparicio is erected as a sign of his love and devotion[7].

Manuel Cáceres Artesero is a fan of “Valencia CF” and the Spanish national team. He has attended all games of the club for 25 years and is known to many fans for his drum, with which he attends football matches (Manolo was also at the 2018 FIFA World Cup in Russia)[8].

Agree that everyone should know about such amazing stories.