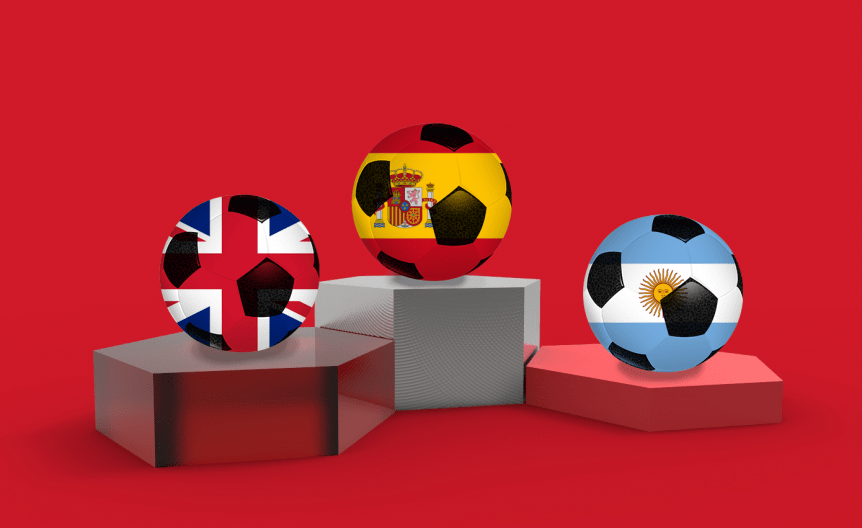 Where are the best Soccer Tryouts and Soccer Trials?

Choosing the right place to do a tryout is an important factor in improving your level and making your trip an unforgettable experience. For this, we are going to present ourselves in the TOP 5 of the best places where to get more knowledge about soccer. For us, these are the best country to become a professional soccer player!

Many are those who trust to be part of much more humble leagues having the view that it is much easier to become a professional footballer if the level is lower. On the other hand, which countries balance the level-facilities balance the most?

Although living the American dream may be the goal of some player, he always has to think about his professional future above all else. Travelling to the USA is a great option, but in terms of improvement playing soccer, the European leagues have a high level of competitiveness. It can make the choice for a European league more attractive when it comes to conducting a soccer tryout.

Germany is one of the countries that has recently been in the best positions in terms of soccer. In 2014 they managed to become world champions, but the level of this country in terms of training for promising young people is yet to improve.

Besides, the climate in this country is cold and the rain greatly hinders the practice of grassroots soccer reaching the fields. The weather makes impossible to play on them in some seasons of the year. And that’s why it’s not the best country to become a professional soccer player.

This country is one of the countries that export the most players to major soccer leagues. In addition, the Argentine first division, where important players from the international scene play, generates many impressions around the world.

On the other hand, non-professional leagues do not have the same level that leagues in countries like Spain or England can have. In these two countries, players have the opportunity to further differentiate levels in different leagues, which makes them more competitive and everything is much more level in terms of results.

There is no doubt that soccer is very important in this country. On the other hand, one of the factors that makes it not so easy to practice it is the weather conditions. In England studies affirm that there is an average of 61 days of sunshine, with an ideal climate to play soccer, this does not happen in the country located in the first place of this ranking, where there are 300 days that enjoy conditions optimal climatic conditions.

Undoubtedly, Spain has the optimal climatic, cultural and soccer conditions to become the most suitable country to come to play soccer.

Specifically, in Valencian soccer, we can assess a high concentration of football teams. Clubs from professionals to amateurs that are distributed in up to seven different leagues with a high level of competitiveness: First, Second, Second B, Third, Preferred, First Regional and Second Regional.

At SPF Academy we take care of organizing soccer tryouts throughout the year with the aim of helping young talents find a place to start training in professional soccer and achieve their professional dreams.

Since its creation, Spanish Pro Football has organized lots of tryouts around the world. Players from all over the world have been part of these programs ranging from 2 weeks to three months.

In conclusion, Spain is the best place to carry out tryouts, it has optimal meteorological and technical conditions, so a high level of play and learning in a short space of time is guaranteed in this country.