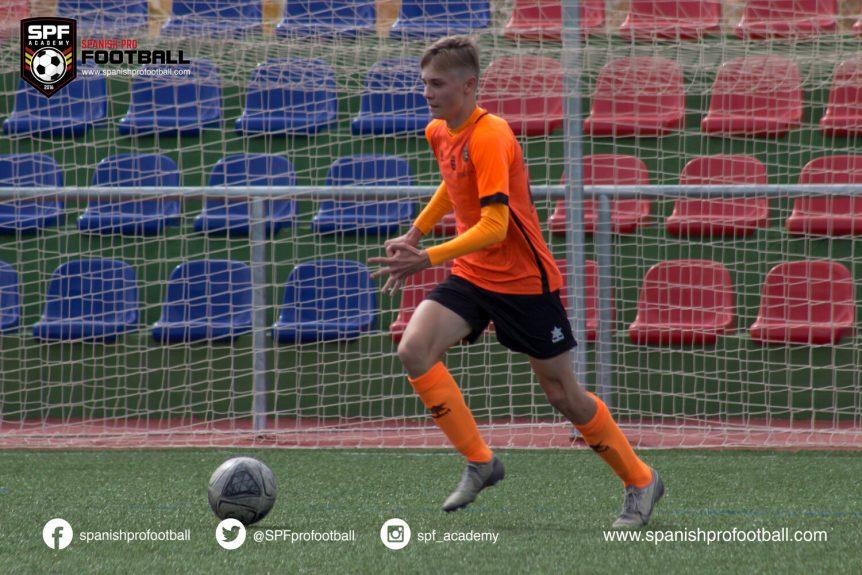 From SPF Academy we would like to tell you the real story about how Yarik’s dream, of play in a soccer academy in Spain, came true. It starts in Russia, Sunday, July 11, 9:30 PM. A 16 years old child is watching TV so anxious to find out who would win the 2010 soccer world championship. Iaroslav Selin, is currently in his village, enjoying the summer with his grandparents.

Beginning in a soccer academy

The hope of a boy who watched how Spain won in the FIFA World Cup and who dream to become a professional footballer in his future. “I was watching all the matches and I love it. I had got a little ball and I told my grandpa to build up a football goal to get a chance to score goals.” This is what Yarik told us about his first kicks to the ball.

Yarik’s grandpa content one of his little dreams and, in a few days, managed to make a steel goal for his grandson to start playing football. A few months later, Yarik realized what he was passionate about: “In the fall I asked my father if he could find me a team, and within a week I started training with an indoor soccer team near my home.”.

Two years ago, his father announced that his dream of becoming a footballer was gradually coming true. “He told me he was going to live and play football in Spain. I wanted to try new experiences and my father explained everything about SPF Academy, a soccer academy in Spain” he says.

Soccer is very different in these two countries. Yarik explains this very clearly: “There are many differences between Spain and Russia. In Spain the intensity is like in Europe, much higher than in my country, and there is a lot of quality. In Russia, we only have 15 teams in my age group.”

He was just a kid, but he travelled to Spain. The adaptation initially was not easy, nobody said that it would be so, Yarik spoke neither Spanish nor English. The young Russian player received help from our coaches, was supported by his teammates and gradually learned to the point where he is today. As a result of learning Spanish, everything went better and he is currently competing at Torrent CF.

The adaptation to the club went quite well, all his colleagues have lent him a hand whenever he has needed it. Torrent CF is currently in the middle of the table and competing against clubs like Valencia CF and Villarreal CF. Yarik explains: “We are in the best category of our age and to play a lot you have to show the best version of yourself.”

Trying to improve day by day is an important goal for Yarik. Yarik’s routine begins at 7:30 AM when he wakes up, cleans up and has breakfast. He then goes to the SPF facilities to train and goes to high school. After classes, he has lunch and rests before training with his team, the Torrent CF. After training, he takes another shower, has dinner and goes to sleep to end his day.

“To be honest, I don’t have much free time“, but he takes the free time to talk to his friends and family.

In addition to training, SPF Academy, the soccer academy in Spain witch guarantees a total immersion in Spanish Football. insists that the players continue their studies. “Every day from Monday to Friday I have school, it’s a British school and it’s very interesting and difficult, but necessary because it helps us to develop” he explains.

Given the crisis of the COVID-19, SPF Academy (soccer academy in Spain) wanted to put all its efforts in the health of players and ensuring good conditions them. Yarik comments on how they are experiencing the situation at SPF Academy: “What is happening now is very dangerous, but everyone at SPF is doing their best to make us as safe as possible.”

The players are confined to the Mas Camarena Sports Resort. “We are in a very cool residence, we have two fields for training, a swimming pool, a gym and an indoor soccer field. The living conditions are excellent here” explains Yarik.

In the residence, they are accompanied and tutored by Ruben Estellés, the Director of SPF, and Noelia Herrero, Educational Director of SPF. Yarik says: “They are always with us, they prepare the training and the classes to study and if we have any problem they help us in everything”. Now, since he has more free time takes advantage of it to “train in the gymnasium freely, talk to family and friends and prepare for the school exams“.

Besides, both physiotherapists and coaches continue in contact with the players at the academy to continue helping them with their exercises. “We continue to train every day, they give us individual exercises to do and if we have any doubts they always help us,” says Yarik.

It is not an easy situation, but with the help of all the Spanish Pro Football staff, we try to make it easier for the boys to continue their physical and intellectual training normally.