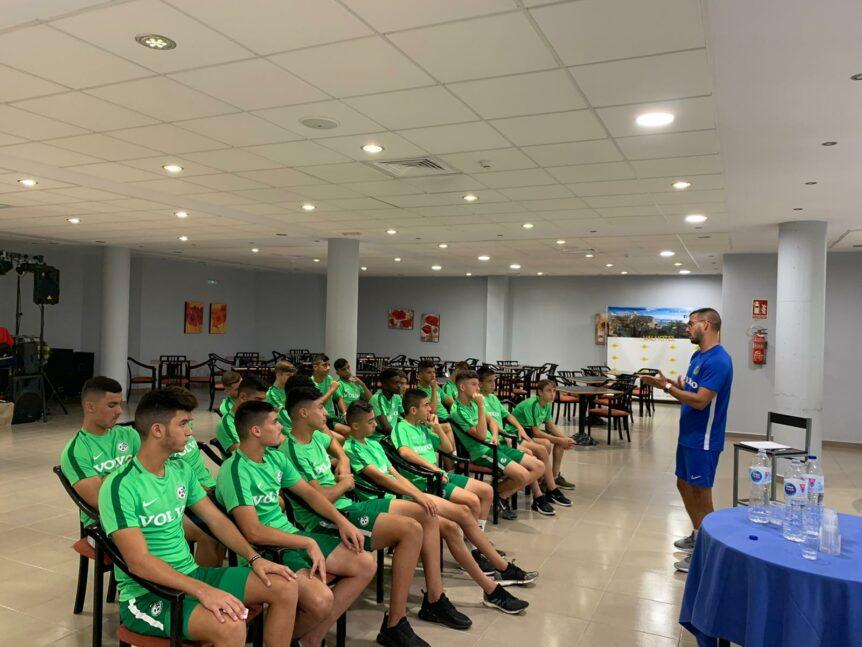 Consolidating itself as a date in the national football scene, the city of Vall de Uxó is preparing to receive the best U-15 teams of the national and international panorama.

In this edition, SPF has organized the trip for the participation in the tournament of the Israeli team Maccabi Haifa FC. This Israeli football club based in Haifa is one of Israel’s most famous teams. From SPF we take care that they do not lack anything necessary in their time in Spain.

Some of the national teams that will visit us this weekend are FC Barcelona, Real Madrid, Valencia CF or Levante UD or Atlético de Madrid, Atlético Jesús de Ibiza, Kaptiva Academy in Barcelona and UD Montecarlo in Zaragoza. The province is represented by the host club Club de la Vall, CD Castellón and Jubelama.

Among the international teams are some clubs like Arsenal CF or Brighton & Hoove Albion (both from the Premier League), Maccabi Haifa FC from Israel, FC Toro from Haiti, Lugano FC from Switzerland and Vissel Kobe from Japan.

The teams have been divided into 4 groups of 5, which on Friday afternoon and Saturday will decide which 12 teams (3 per group) will play the second round on Sunday. The 12 teams of the second phase will be framed in 4 groups of 3, where each respective triangular will leave a champion of the group that will accede to the semifinals.

The 4 teams that arrive there, will have only two games ahead to become champions, relieving FC Barcelona, winner of the previous edition.

We wish Maccabi Haifa the best of luck and hope they achieve a good result in the tournament!

Finally, Spanish Pro Football will be represented by the two best U15 players in our academy. These players will play in a team made up of an international selection of players. They will face Real Madrid or Arsenal CF among others. Good luck to all boys!