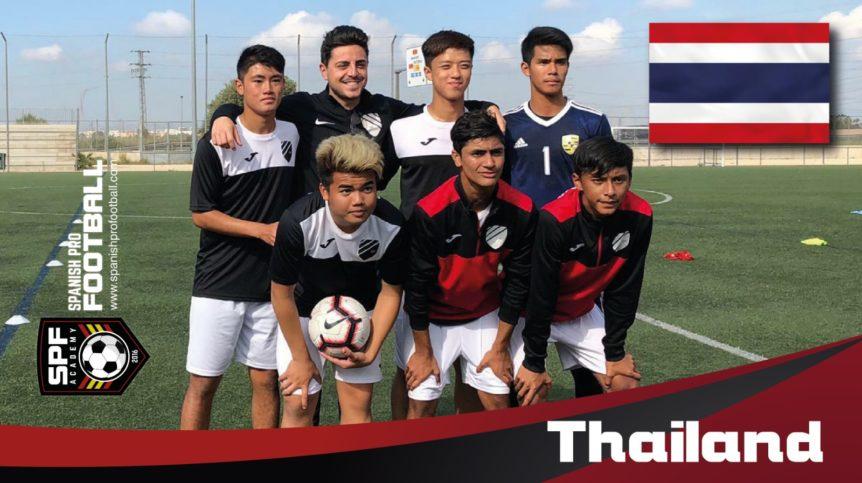 Our international football academy is happy to welcome our last group of football players from Thailand, this time focus our tryout program.

The program doesn’t have any country restriction (except VISA qualification of each country for Spain) and permit the players to receive two weeks of bespoke football session to upgrade the level of the players to the Spanish football and bring them the right focus and some tips about which is what are looking the Spanish Amateur and semi-professional Football teams.

Last week we received the visit of one group of six young football players from Thailand from nineteen to sixteen years old hosted by one coach from their original club, Legends FC.

Over two weeks they had tryouts with junior, cadet and amateur teams in Valencia region like; Mislata CF, CD Serranos, San José CF and CD Zafranar. Those teams are currently forming their own squads for the next season, and these tryouts are highly appreciated by the clubs where they can find new talents.

This competitions and leagues are the field where big La Liga teams collects their players for their own academy teams, so it is a very contrasted scenario for new players looking to start their professional football career. If you are interested to have details and prices about this program or you want a bespoke proposal don’t hesitate and reach us at; info@spanishprofootball.com