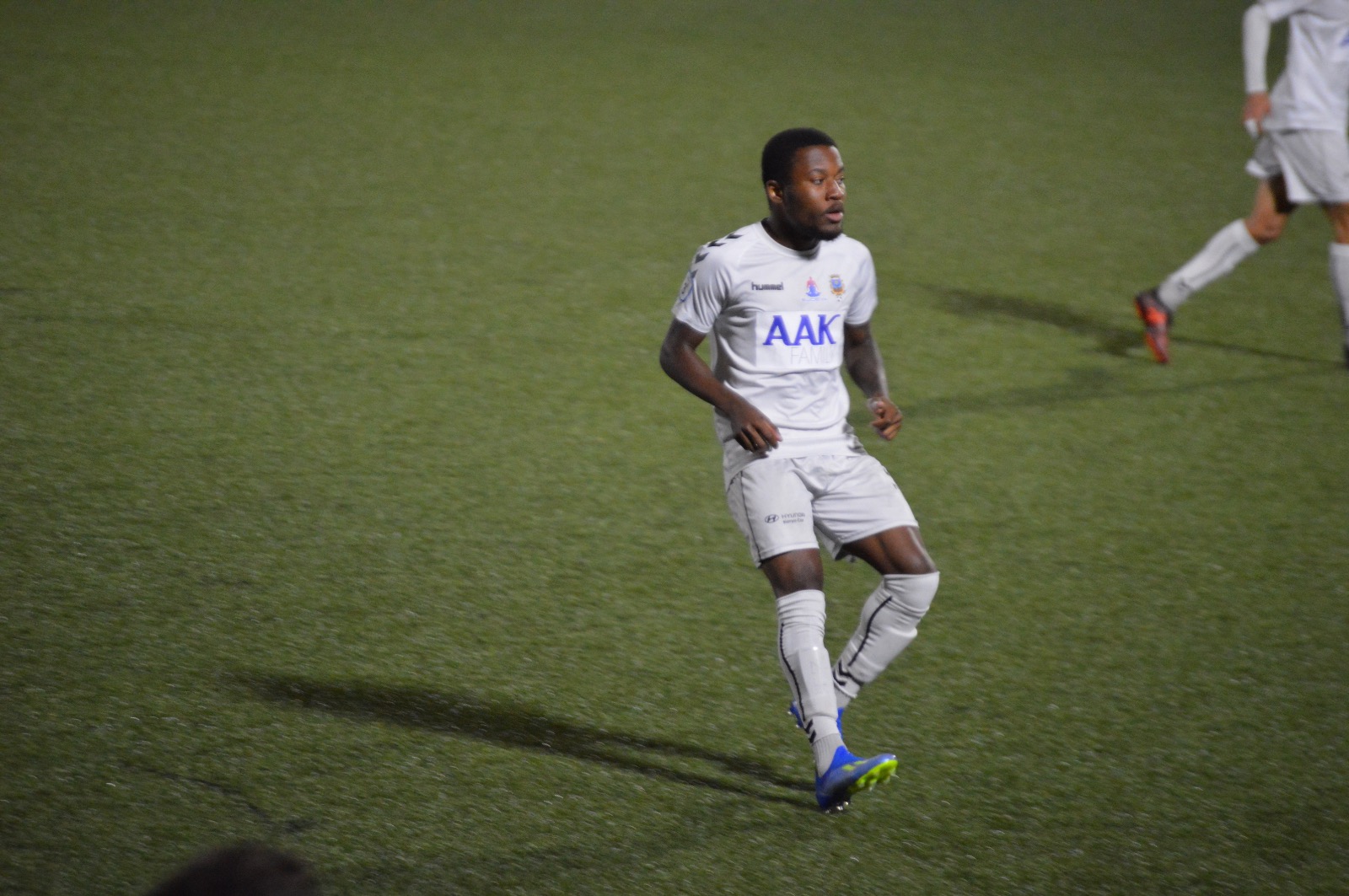 Both players had a relevant performance in the victory of Olimpic Xativa vs UD Alzira, one of the most important derbies at the 3rd division this year.

The team of Xativa wons 4 to 0 to UD Alzira with the essential participation of the both SPF Academy players Ben and Laurent.

Entering from the bench at the second half, their performance turned the match a monologue of Olimpic Xativa creating very dangerous opportunities, especially for Ben. This was the first game for the American player holding the forward position where he was showed his incredible speed and technique bring a lot of goal opportunities standing up the grandstand attended to the match.

After the match, Ben said; “The feelings are good, I´m happy to bring work to the team and keep ready for the decision of the coach”

By his side, the Caribbean player from Guadalupe, Laurent, is being a usual choice for the Olimpic´s coach is one of the most versatile players of the team playing as a right midfielder or box to box midfielder where Laurent can show his brutal physical skills and his great vision of the game.

Laurent is being a key player in the season of Olimpic Xativa, with a very important role in the squad not only for the football skills as well for his inestimable will and dedication with the squad outside the field. This is an important active all the coaches needs in their bench.

Olimpic Xativa is heading the ranking of the third division, number six group with right now, with one victory advance of the next team Atlético Saguntino and is holding the promotion places to segunda b the last step before entering the professional football career.

Ben and Laurent are enrolled in our professional players’ development program, if you are interested how to be enrolled in this program don’t hesitate to reach us at info@spanishprofootball.com and we will bring you a bespoke proposal.

The January market window will open soon and it’s the last chance to have options for tercera and segunda b teams.