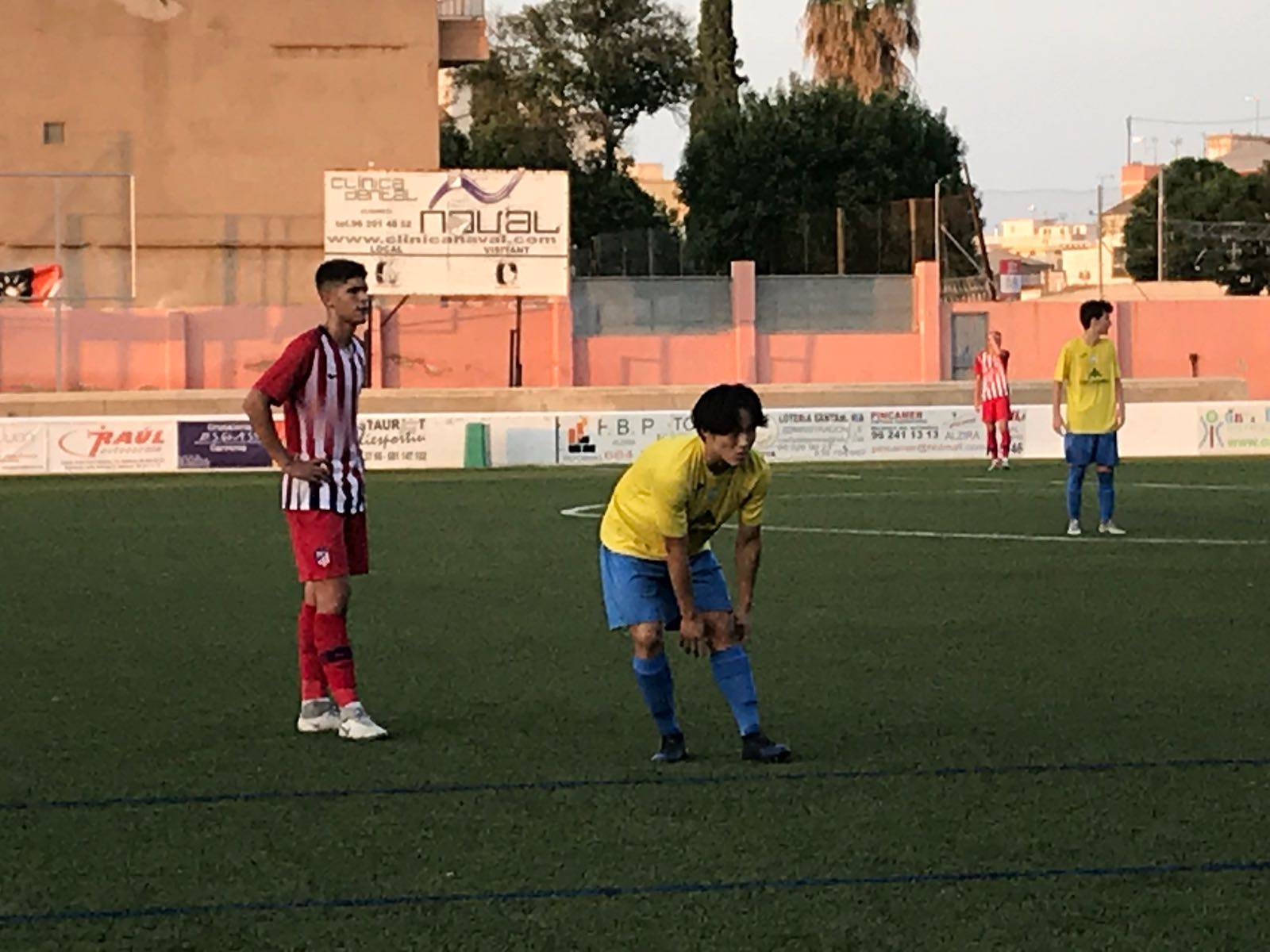 September is time to start the new football season in Europe and the new SPF´s players are starting with their new teams in their respective leagues and categories.

Two of the new, the Korean under 19 football players, Ley and Seungmin, had one of the most exciting starts against Atlético de Madrid under 19 team past Sunday, September 2nd.

These two players arrived past July to Spanish Pro Football Academy from South Korea enrolled in the Tryout Players Program, getting a professional training by the SPF coaches and the technical crew selected some team´s trials for them based on their football skills.

Finally, the two Korean football players received a full season proposal from Racing Algemesí, for their under 19 team.

Racing Algemesi is a team based just a few kilometers from Valencia and their under 19 team is playing the Spanish Division de Honor, the first tier in junior level in Spain.

This is one of the most competitive under19 league in Spain, competing against the academy teams of some of the most important teams in Europe, like Atlético de Madrid, Valencia CF, Levante UD or Villarreal CF.

In words of Ley and Seungmin; “This is an unpayable opportunity, we can compete each week against some of the players will be enrolled in the most important clubs worldwide”

In fact, some of the players playing in Division de Honor are playing in their national teams.

Ley and Seungmin will be combining the training with Racing Algemesi Division de Honor under 19 team at the afternoons with the pieces of training with SPF academy at the morning with the goal to improve their football level and have the best options to be scouted in the season matches.

If you are interested in our professional player development program don’t hesitate and reach us at info@spanishprofootball.com and we will design your bespoke program.