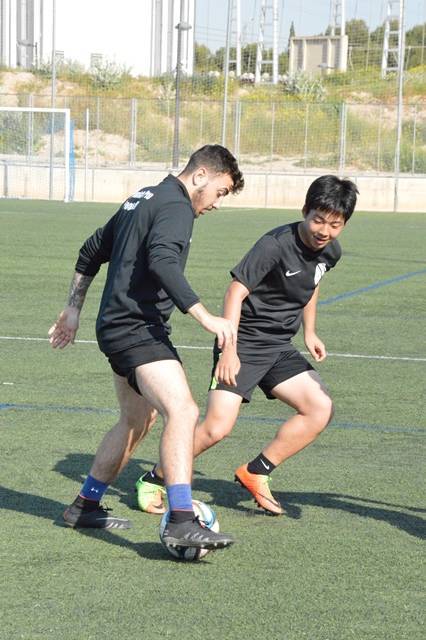 Spanish Pro Football Academy has one goal: helping worldwide players achieving their goal of establishing a professional soccer career. SPF does this by helping the players improve their soccer skills and mental ability at the SPF.

With his need, Adrianno Pizzo contacted SPF from his hometown in North Carolina. Together with the Coaching Staff, Adrianno selected the one and a half year-long program to enhance his soccer skills—focus mainly on his tactical skills by playing Spanish football.

Adrianno got his first taste of Spanish professional football when he signed with one of the strongest Spanish minor league teams, Huracan Valencia. During the first half of his season, Adrianno used it as an adaption period. Coming from the States, Adrianno needed to take his current ways of playing football, the new skills he was learning, and use them to find his perfect mix of the old and the new ways.

Throughout the course of that 1.5 year-long program, Adrianno spent his morning training at the SPF Academy and his afternoons practicing with the Hurcans. With the two different practices he was attending, Adrianno found his mix and rode it to a successful start of his professional football career.

Moving on from Huracan Valencia, Adrianno spent the second half of his program playing for the Chirivella CF. At the end of the season, the team finished in a great spot with Adriann as one of the club’s main players. During this time, Adrianno continued to spend his mornings with the SPF Coaching Staff and his afternoons with the club.

Upon the end of his program with SPF, Adrianno decided to head back to North Carolina. It was here that Adrianno signed with Bragg FC a United Premier Soccer League team.  Although a member of the UPSL, Bragg FC was considered a semi-professional team.

By training at Spanish Pro Football Academy, Pizzo improved his speed and intensive skills. He added these newly skills to his long-lateral pass and his ability to make combination plays.

Currently out recovering from a hand surgery, Adrianno is expected to join his squad later this week.