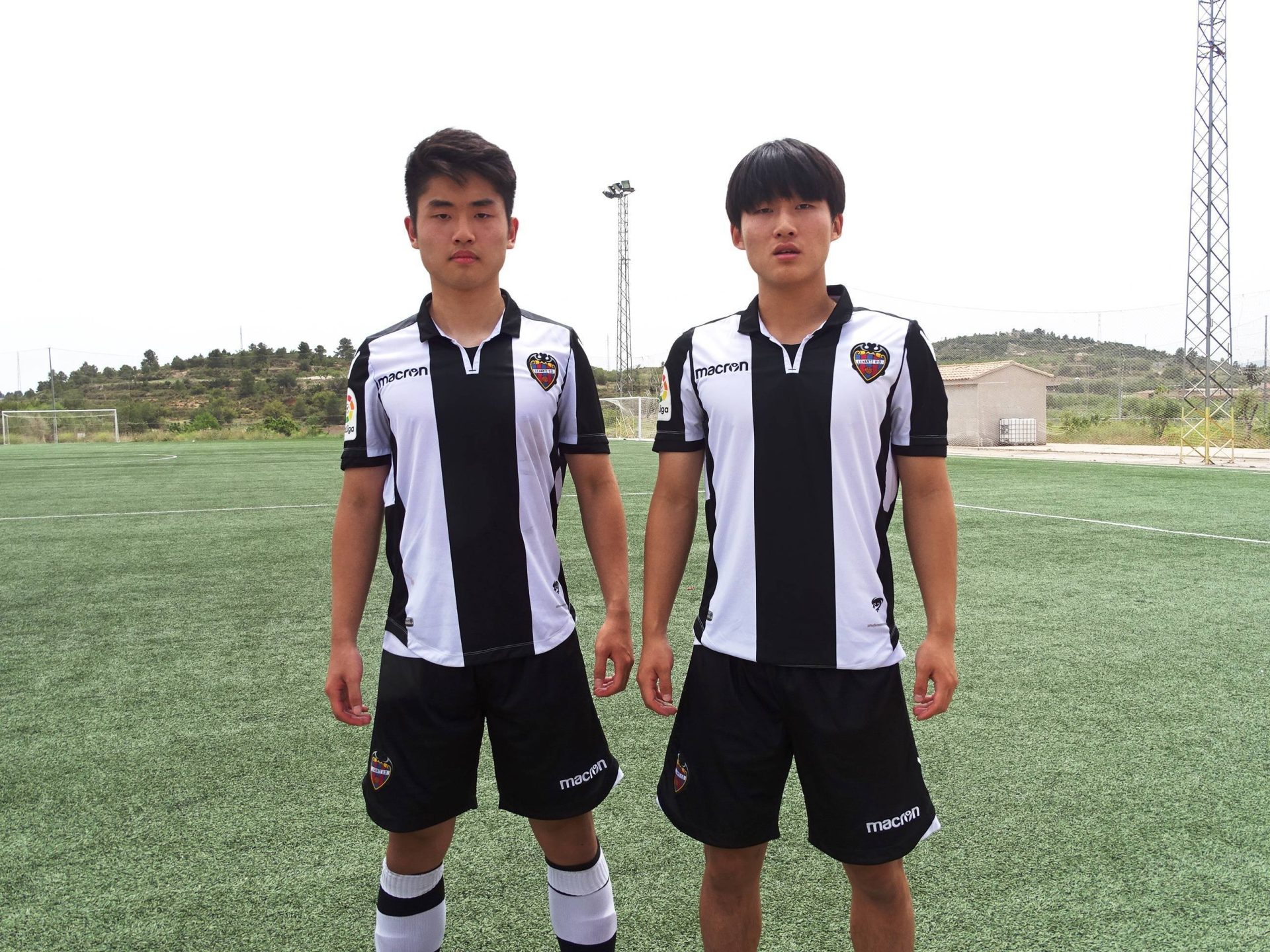 One of the goals of Spanish Pro Football Academy is doing affordable the access to the professional football career to any player worldwide, no matter where is he or she from.

This year fourteen Korean football players trained with Spanish Pro Football Academy completing a great 2017-2018 season, some in semi-professional teams and some others in junior high level categories.

Two of these five, Hyeongoh-Ley and Seungmin, received the calling of La Liga team Levante UD for a tryout spots in Levante UD Under19 Junior Team participating in the top Spanish Junior league; Honor Division. This is the previous step for a professional contract with a professional Spanish team.

This is the second year for Hyeongoh-Ley in the Spanish Pro football academy. First year was incredible hard for him, adapting his play and skills for Spanish football and recovering a hard injury. His hard engagement over all this process was a key factor to his explosion this year, being part of Rocafort CF in Under 19 second division, scoring four goals in just two months and being and important part of the team.

For Seungmin this is his first year with Spanish Pro Football Academy, he´s under eighteen years old so he cannot have the licensee to play in Spain yet. Meanwhile he´s training with SPF and Torrelevante UD Junior team, one of the top teams in Honor division. The top level for Under 19 teams in Spain.

Seungmin is following the process recommended by SPF for players between sixteen and eighteen, with a previous phase adapting his style of game, physical and technical skills to the Spanish football.

Seungmin and Hyeongoh-Ley will do the pre-seasson with Levante UD Junior team, being in the draft to be part of the team next season.

Lim, Lee, Yunaje Cho and Ko are other four Korean football players currently following this program being part of CF San José and Massanassa CF, some of the most successful teams in academy level in Valencia as guest players. Training hard and combining the SPF´s specific training before have eighteen years old, and access a semipro team. Meanwhile they are being scout by the pro teams and participating in tryouts for the close future years.

If you want to know more about the program developed by our Korean football players, reach us at info@spanishprofootball.com