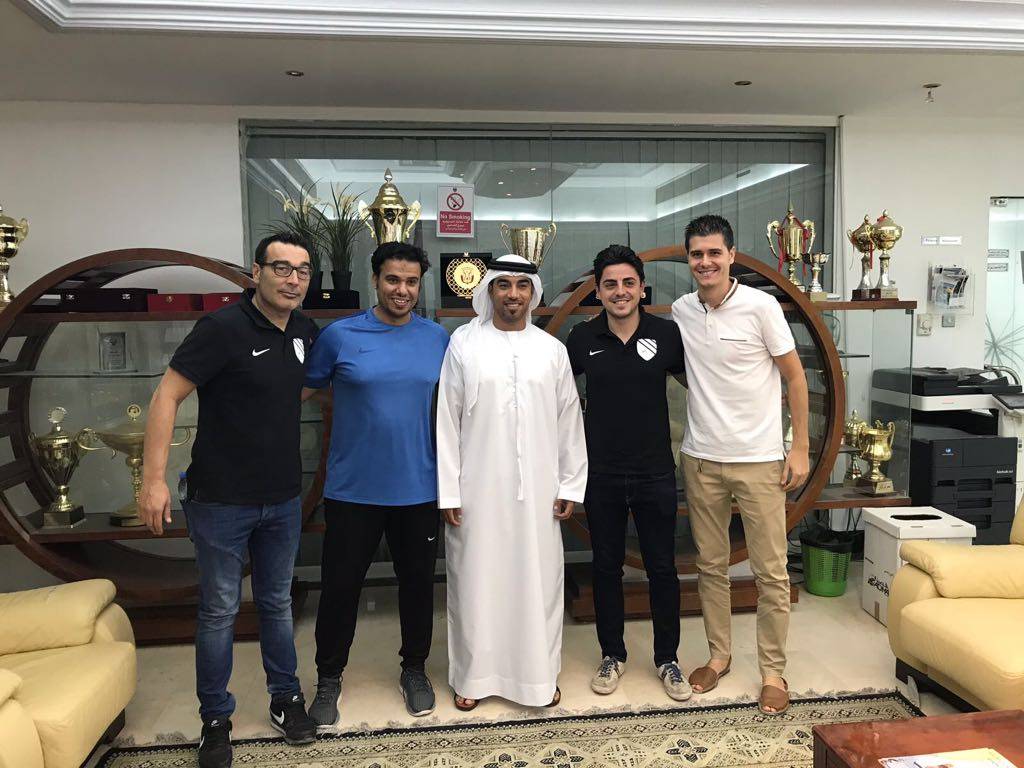 The expedition has been received by the General Director of the club, Mr Sultan Rashed Al Kalbani and the sport manager of the club. The meeting has been developing for a couple of hours where has been discussed many of the points about the future agreement and the timing for its implementation.

The successful meeting achieves start points related the football sports program of the club and formation for the technical staff and the players of the club.

In the same meeting the academy has the opportunity to visit the fantastic football complex of the club in the city of Al-Ain where had a short chat with Mr Ganem member of the board explaining him all the work areas of SPF in Spain and Middle East.

Al-Ain is one of the most awarded clubs in middle east, the club wins for twelve times the UAE Championship and in 2003 the club won the AFC Champions League. In fact it is one of the single three teams never been relegated from first tier in UAE.

The club has been honored with some relevant names of the world´s history of football like; Danillo Asprilla, Jorge Valdivia, Fellipe and Michel Bastos or the former coach of Valencia CF and Atlético de Madrid, the spanish Quique Sanchez Flores.